Why are Progressive Web Apps are Better than an App.
And why your business needs one. 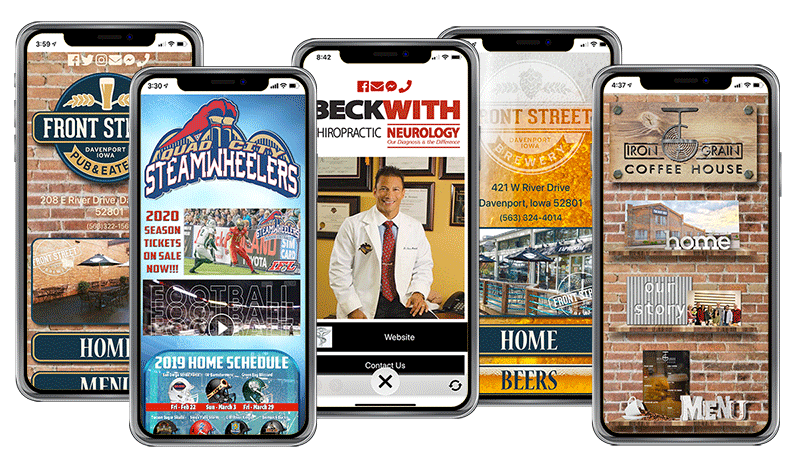 What is a Progressive Web App?

The term Progressive Web App was coined by Alex Russell and Frances Berriman. In Alex’s words:

Progressive Web Apps are just websites that took all the right vitamins.

It isn’t a new framework or technology. It is a set of best practices to make a web application function similar to a desktop or mobile application. The dream is to have an experience so uniform and seamless that the user is unable to tell the difference between a Progressive Web App and a native mobile app.

Progressive web applications deliver user experiences through progressive enhancement. It essentially means that a PWA will perform the same functions on a new iPhone 8 as it would on an older generation iPhone. Sure, some features may not be available, but the app continues to work and perform like it should.

Fast: PWAs provide experiences that are consistently fast. From the moment a user downloads an app to the moment they start interacting with it, everything happens really fast. Because you can cache the data, it is extremely fast to start the app again even without hitting the network.

Reliable experience: With the help of service workers, we can reliably paint a picture on a user’s screen even when network has failed.

Not to mention they work on ANY browser!

Engaging: Because we can send notifications to a user, we can really drive the engagement up by keeping the user notified and engaged with the app.

Works for Mobile & Desktop and All Mobile Devices.

Why do you need one?

you may not realize this depending on where you live, but 60% of the world’s population is still using 2G internet. Even in the US, some people have to use dialup to access internet.

Do you know how long a user waits to click the “Close X” button if a website is too slow? Three seconds! 53% of users abandon a website if it is too slow. 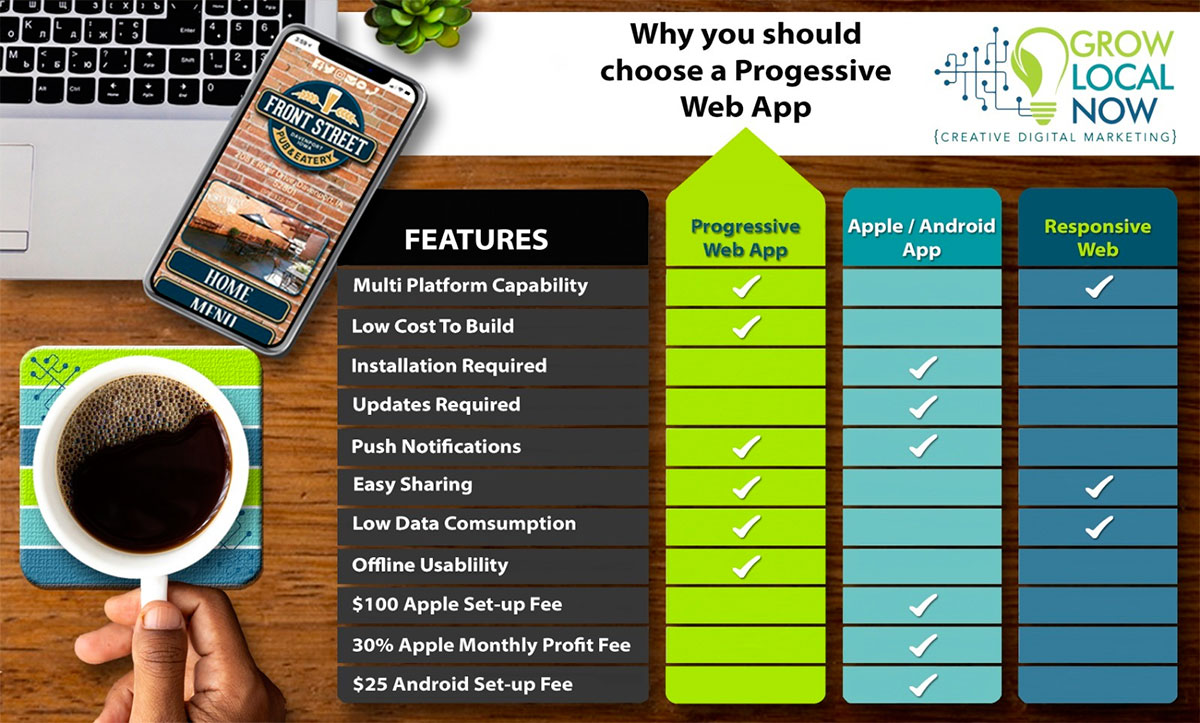 The best part. When you open this app, you will be able to browse the content even when you do not have internet. You have offline access to the app! How cool is that?

Still Convinced You Need A Native App Over
A Progressive Web App?

Beyond all the features we stated above here is something to deeply consider...progressive web apps are a much faster build than a full blown developed native app. One huge benefit with a PWA, you do not need to have your apps approved through Google and Apple stores. Normally when an app is completed, it can take weeks to go through the approval process by Apple to go live with no guarantee that it will in fact get approved to go live! Believe us we know first hand as we went through the long hard process of getting an app developed only to get it denied. It had come down to the fact they wanted to take 30% of our digital sales.

That's right, we had developed an app that had nothing to do with our services and was in fact a free app for our customers to use but because it was linked to our main business and services they told us we had to charge our services through the app at the 30% or the app would not get approved.  Beyond that the extensive amount of time it took all to get it denied along with the expensiveness of what an app costs...why would you go through such efforts when you can get the same functionality of an app all while bypassing having to go through Apple and Google stores. Not to mention with a PWA, they are live the second it is complete and ready to be set to publish. Updates are just as fantastic and live instantly where as again with Apple and Google you have to wait for their approval first with any updates or changes that you have to make.

That brings up another topic...in order to have both the Apple and Google versions you must pay double for the development costs because they are completely different builds. Also taking up a lot more time and money keep in mind this is doubled for each and every update you require. Oh and if you didn't know there are annual fees to be able to have your app live in each of the stores as well.

Having a PWA also means it's one less step for your customers to have to go to a link then download or even worse try to search through the non-friendly search options to find your app. Another issue we found was that people were downloading the wrong app...ones with the same or similar name but ended up not being our app. YIKES! Unless giving them the exact link to download people would have a hard time finding our app among so many others with a similar name.  With a PWA, a person can quickly install the app to the home-screen just like you would see with a native app only here it's a simple press of a couple of buttons.

We have to ask why would you want to give up so much of your profits and so much time and energy into a project that will most likely take months to build out and several thousands of dollars. Being a small business we know you can do better with your investments of developing your online platform. Let our team of specialists show you exactly how we can do just that...with excellence, professionalism, speed and affordability.

Let's work together and get something made up as soon as possible!
We believe PWA are the way of the future and places the power in the hands of those that utilize it!

We already have it in the hands of so many other small businesses owners that simply agree that PROGRESSIVE WEB APPS are truly BETTER than an APP!

We get it Apps are cool but Progress Web Apps...well they are just Smart!

Local Finds, LLC - We know Local because we Are Local. 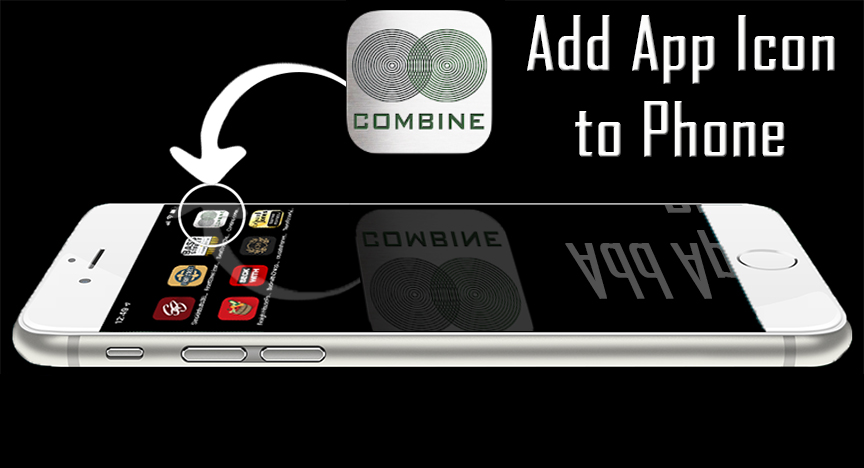 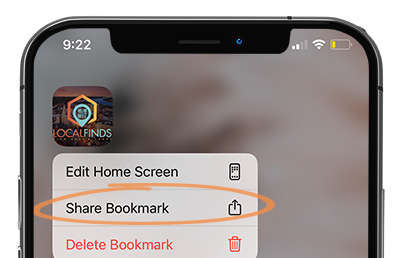 Please share with those you know would value and greatly benefit from these services.

Easy to Share Our App with Anyone!
Once Downloaded...Simply Hold Down to Icon on home screen until options appear and tap share!​

Or use these buttons below to share on your favorite social media platforms!